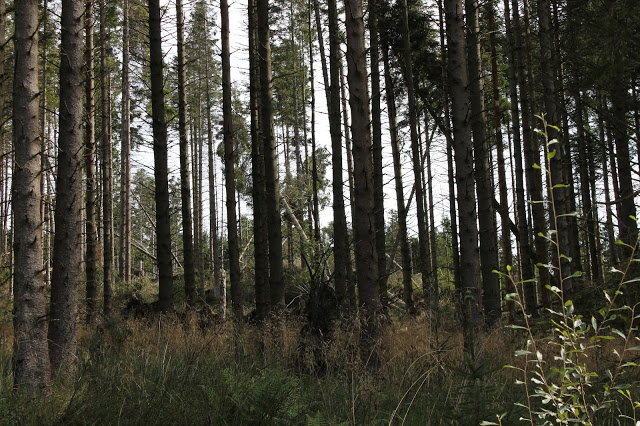 When I was very young my dad brought me to Kielder. My memory of getting here is vague, I think we were travelling further north, it’s hard to recall the specifics of the trip, but I’ll never forget what I saw that day. No one else saw it, and when I told them they would laugh about my fertile imagination, so I stopped talking about it. I never spoke of it for years, not till after Dad had died. Now, I wish I had, just to get the facts clear in my head.

Here’s what I remember: we were close to the water’s edge. Mum and Dad were ahead with my sister, Fran. I was alone, throwing pebbles into the water, trying to get them to skim over the surface but I just couldn’t get the hang of it. As I searched for the perfect smooth pebble I looked up and saw… well, I’m still not sure exactly what I saw, but it wasn’t a shadow, or a log in the water, or any of the other ‘explanations’ my family suggested afterwards. What I saw was like a man, but much larger. It was dark, covered in thick wet hair and it had horns on its head. I remember them specifically because they dragged up plants from the lake as he climbed out of the water, and they swayed from the tips. Little details like that are really clear, even now. He lumbered out of the water, lifting himself upright with long arms, then strode over the stones towards the trees. But he didn’t have feet, he had hooves. Hooves! Like a horse, or a demon. As he crossed into the trees he turned his head and looked at me. His eyes actually met mine. I stood there, transfixed, I couldn’t even breathe. Remember, I was ten years old when I saw this.

The creature entered the trees and seemed to fade in between them, so that after a second or two I lost sight of him. That’s when I turned to find my parents, rushing up to them. I told them what I’d seen, but they refused to believe me.

Years later, when I was at university, I stumbled across an old book of folklore in the library, and I found a story that seemed close to what I had seen. It was called The Kielder Brag, and it told of a young farmer who encountered a strange beast called Tommy Tarrow, also know as Deadwater Tom. The description of Tommy is oddly similar to the creature I saw – horns, hooves, hair and muscle. The farmer tries to trick the beast but Tommy Tarrow eventually turns the farmer into a flower. I really wish I’d made a note of the book at the time. I’ve been back to try to find it but without success. I’ve asked about the story on my trips to the area but no one seems to know anything about it, or doesn’t want to talk about it. If I was paranoid I’d think they were trying to hide something.
This was the spot where I saw the Kielder Brag, I think, but it’s hard to be certain: